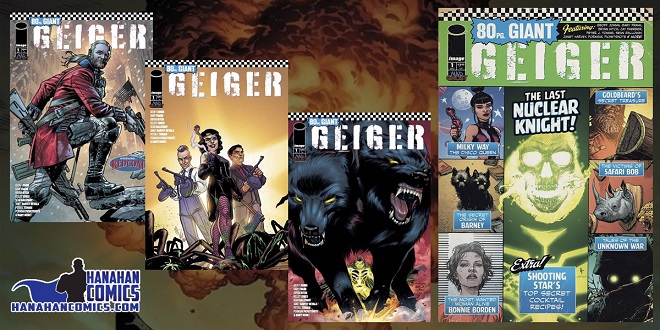 4 Things To Expect From the Geiger 80-Page Giant

Even though the Image Comics series Geiger has ended, there are still plenty of stories to tell in its world. The recent Geiger 80-Page Giant is a companion piece that expands the characters and events in significant ways. Fans of the original series who have not read it yet should expect the following features inside.

Creator Geoff Johns returns with artist Bryan Hitch to introduce the next tale in this world, Redcoat. Simon Pure, the titular character of both this short story and the upcoming series, is a former British soldier who became immortal in 1776 due to mysterious circumstances involving George Washington and a cult. The main story takes place in 2050, where he is a mercenary hired to kill Tariq Geiger. However, Simon is haunted by both old enemies and flashbacks to his checkered past.

Johns will also reunite with long-time collaborator Gary Frank to craft the spin-off comic series Junkyard Joe. The giant-sized issue previews some art and formally introduces the premise. During the Vietnam War, Morrie “Muddy” Davis runs into an android soldier. Though the US government assures him the android does not exist, Davis creates Junkyard Joe, a satirical comic strip about the military’s absurd standards. The preview is followed by a sample of Davis’s work.

Besides the previews for Redcoat and Junkyard Joe, the giant-sized issue also works as an anthology of stories starring the various Geiger characters. The framing device that binds most of them together is Rick telling the stories to his companion. One of them shows the first meeting between Geiger and Barney the mutant dog. Another one tells the origin story of Safari Bob, one of the vicious gangsters in Las Vegas. Some of the more touching stories involve henchmen such as Ursa and Marcus.

This super-sized issue not only displays multiple narratives within a single world, but it is also an opportunity for many comic book artists to display their craft. Some of the featured writers include veterans Peter J. Tomasi and Sterling Gates, as well as newcomers such as Leon Hendrix III and Janet Harvey Nevala. Artists such as Sean Galloway, Kelley Jones, Megan Levens and more contribute different art styles that give each story its own unique flavor.

Geiger 80-Page Giant offers a wealth of content for fans of the original comic series. From sneak peeks at new heroes to the perspectives of lesser-known characters, there is something for everyone who is invested in this new, strange world. 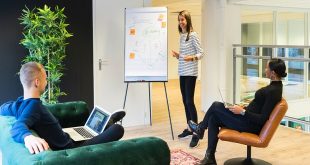 Top Strategies for Keeping Your Remote Team Engaged and Informed 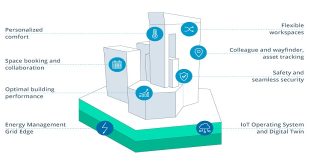 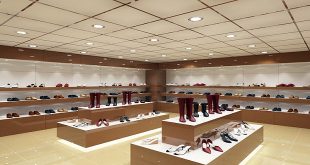 The Best Footwear Store in Pakistan 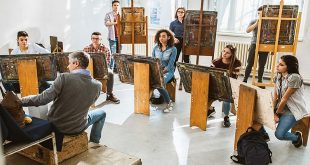 How can you use art in your classroom

Art adds so much to the world. As a teacher, you know the value of …