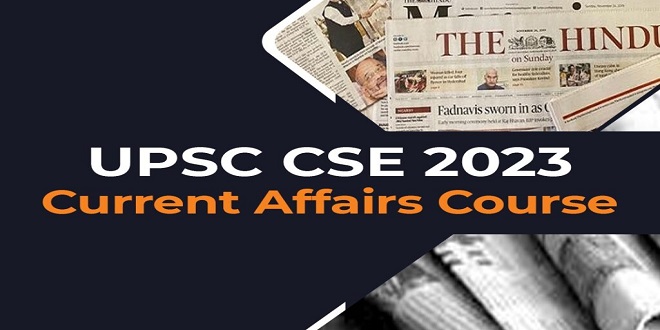 Current Affairs Plays an important role not only in Prelims but in Mains and Interview stage of UPSC CSE as well. IF we refer UPSC CSE syllabus for Preliminary Exam then the first line that  is mentioned is “Current Events of National & International Importance “. Its significance can be understood from it. Also the syllabus provided by UPSC has to be deciphered as it mentions it very briefly. The depth of the Question can be understood by going through previous year Questions only.

The number of Question pertaining to Current affairs in General Studies Paper of UPSC CSE Preliminary Examination is significant. Various Coaching Institutes came up with their analysis of UPSC CSE Prelims as soon as the Exam gets over. Their analysis about number of Question from Current Affairs asked in General Studies may have variation of 2-3 Questions from One coaching to other.

One may observe the number of Question form Current Affairs section in General Studies Paper of Prelims varies as per the analysis of different Coaching Institute. Why it happens? Let us discuss first about the subject matter of Current affairs. As we know current affairs is nothing but it is simply the day to day events that are important with respect to National & International Affairs. The subject matter of Current Affairs could be Economy, Polity, Geography (Catastrophic or Natural Disaster / calamities , border disputes), History ( ancient India if some recent development with respect to Archaeological Survey of India or some Ancient Civilization that are in News ) , Government Schemes, International Organization , Reports of Important National & International Organization , Science & Technology & Environmental & Ecology.

As the nature of Question in UPSC CSE Prelims is objective. In few Question of Current Affairs UPSC incorporate some static Portion as well (it may be in the form of option) to check intelligence and analytical skills .As the Preliminary Exam has the objective of screening Candidates for the second stage i.e. Mains. It rarely asks fact based Question as usually asked in some state PCS Examinations of BPSC, RPSC, UPPCS & others. Rather UPSC CSE asked Questions that are analytical in nature and required some intelligence and deep observation.

In the Year 2017, maximum number of Questions in General Studies paper of Prelims was from Polity Section. Some Questions were static and others were from Current Affairs and few Questions were integrated having both the static & current affairs aspects. Polity & Economy has major dominance in Current affairs. In order to understand News Pertaining to Polity we need to understand some Static or fundamental concepts. For Example few Months back there was series of News Pertaining to President Election. So, we cannot expect UPSC to ask Question like who get elected as President of India in recently held Election for the President of India rather we must go through every aspect with respect to President. The Question may be pertaining to Presidential Election, Impeachment of President, Power of President, Important articles in the Indian Constitution with respect to President of India & others. The Syllabus of General Studies is vast and so is that of Current Affairs. Let us see the trend of number of Questions Pertaining to Current Affairs asked in Prelims year wise below.

As mentioned above that Current affairs have diverse areas from Economy, Polity, Science & Technology, and Environment & Ecology to Geography & History as well. One is expected to supplement one’s answer in UPSC CSE Mains with some relevant and important event that are in NEWS with respect to Economy , Polity , Geography ,Science & Tech & Society in their General studies Papers of UPSC CSE Mains which is descriptive . This will definitely distinguished one’s answer from others and may fetch more marks.

If someone has opted Public Administration & Political Science as optional Subjects in UPSC CSE then sincere preparations of Current affairs will help a lot in securing good marks. As one can supplement or incorporate recent important events of national and international importance in their answers. For these papers Current affairs is inevitable and cannot be overlooked.

For Optional Subjects like Mathematics & Engineering one cannot supplements their answer with current events as that is not the demand of Questions. But still students having these Subjects as their Optional Subjects cannot overlook Current affairs.

Significance of Current Affairs in Interview:

As we know Interview of UPSC CSE is the third and the final Part of Exam Process where Personality of Candidate is evaluated. Although in the First two stage of Examinations knowledge of candidate has already been checked. But still in Interview the Board usually asks questions from their DAF, optional Subjects and current affairs. The Board tries to know their opinion and their articulating skills about some important issues in News .One can form his/ her idea only when aware about that event. Hence Current affairs cannot be ignored and must be given serious Preparation.

One must allocate one’s 1 Hour for Preparation of Current Affairs on a daily basis. One can escape making daily notes from News Paper as all the important events are covered in monthly magazine of Coaching Institutes.

Now let me conclude the theme on Current Affairs. As it is evident from the above content that Current Affairs has its importance & relevance not only in Prelims but in General Studies of Mains & some Optional Subjects as well as in Interview hence we cannot undermine its Preparation and must prepare seriously, religiously and sincerely.

Avoid reading from too many sources. It would be waste of time to read the same thing from two or more than two sources for Current Affairs. Choose one good Newspaper (The Hindu / The Indian Express), one Magazine of any Coaching Institute, and refer important discussion of Rajya Sabha TV. These will help you in forming an opinion on any issue.

Each Coaching Institutes has their own Magazine. Take 2-3 magazines of different Coaching Institutes and read it and then decide yourself which Magazine has covered all important News from UPSC CSE point of View. Which Magazine you find easy to understand and assimilate. You may go through the Magazine of GS SCORE which has also been popular among students aspiring for UPSC CSE. Some features of this Magazine like easy and simple language of content enable student to read & assimilate the Current Affairs easily. 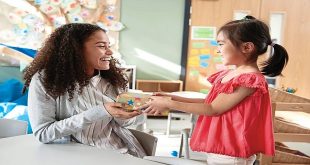 How to teach your child to learn well 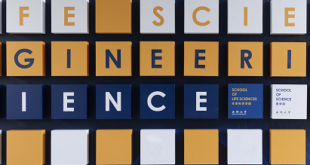 Why Is A University For Science So Important? 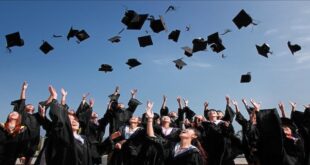 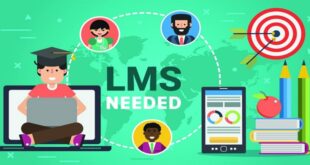 What Is an LMS? Choosing the Best Learning Management System